For the past few days I have done almost nothing. I’m halfway through my trip and I have really appreciated the fact that I have had some time to rest up, eat well and simply relax. Travel is a tiring business, every few days you have to pack up your life once more and move on to your next temporary home. 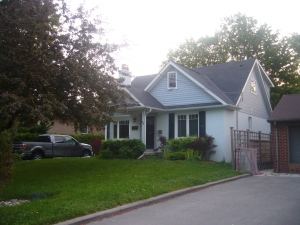 Staying in hostels is fun, but sleep never comes easy. People are always up for going out and when someone says “let’s just go out for one”, you won’t say no even though you know it is never just for one. Then you have the other people sharing your home, anywhere between two and twenty-two other people coming and going at all hours, some might be snorers, or sleep talkers or worse sleep walkers.

I’ve been fortunate enough to land in Toronto and be picked up by family. I’ve been gifted with a room to myself, a bed that was actually made for spending more than two hours asleep in, and home-cooked food cooked by somebody else. It has made a refreshing and welcome change of pace at just the right time. The area that I’ve been staying in has been beautiful, with the shores of Lake Ontario minutes away and plenty of nice park areas to relax in, not that I really did much relaxing in them. 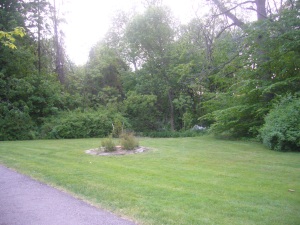 When I move on from Toronto I’ll be back on the road, hitting Chicago, Calgary and Vancouver in the space of a week with plenty to see and do on my way. Once I reach Vancouver I’ll be staying with my good friends Mike and Ivan who I met in Sweden last year and I can’t imagine we’ll be doing much more than finding the next beer.

When I had been at the baseball with Chloe and Sarah they had both told me that Thursdays were a pretty good night to hit the town. This struck me as a little bit of a strange night as everyone still had to go to work on Friday apart from me, but they agreed they would take me out and show me Toronto’s night life. It gave me an opportunity to learn about some of Ontario’s more ridiculous drinking laws. You can’t buy alcohol in a supermarket, you have to go to the LCBO; the state owned liquor store. This reminded me somewhat of the Systembolaget of Sweden. This isn’t so bad though, having everything you could need in one place is fine with me. I heard later on though that if you host a party and your friends leave your house drunk and have an accident then you are liable. What, Canada? If my friend leaves my house under their own free-stupid-drunk-will then it’s my fault if they get hurt? I’m not going to be living here in a hurry. 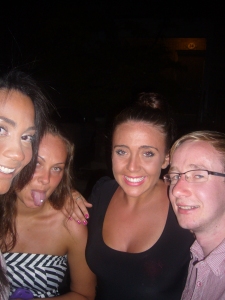 In the evening, Chloe drove us to her friend Kate’s house where we met Sarah and got our pre-drink going. It turned out that I probably did a little too much pre-drinking as I don’t remember much after arriving at the club and waking up back at Lisa’s house the following morning. Still, if in doubt get blackout drunk has never failed me before! The girls were typically girls and for a while it’s kind of entertaining, but you soon realise you can only care so much about shoes, dresses and hair before you really want to ask someone who will will win the Euro’s. Anyway, we made it out and as I don’t remember having a bad time I can only assume I had a good time. The next morning, not so much.

My final night in Toronto was upon us, and Lisa had informed me that more of our family in the form of Andrew, Sue and their son Lucas would be joining us for dinner that night. She had told me that I could pick anywhere I wanted to eat as it was my last night but when it came down to it and the six of us were walking through Port Credit, Andrew and I decided that the first place we came to would probably be just fine and ended up in a very nice Thai restaurant. I’ve particularly enjoyed meeting up with members of my extended family while I’ve been on this trip. It’s been interesting to see some similar characteristics between the different generations and certain perspectives on life that are surprisingly prevalent. 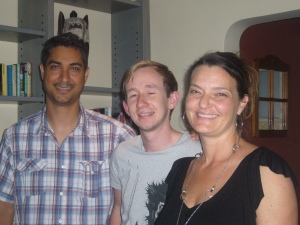