So here we are, another week closer to departure (…but who’s counting? Hurr hurr, definitely me.) You already know where I’m at, I’ve got my visa, I’ve got my flight booked. Sure, cool, great. So what’s next? Alright, so I’m going to be getting a hostel booked for a couple of weeks when I arrive just so I’ve got a base until I get my act together but that’s it. That’s right, no plan.

One of the things I’ve been hearing most this week is along the lines of “I can’t imagine doing that, or not having a plan, what if you can’t get home?” It’s kind of nice, you know, thanks for your concern but I’ll worry about that when it happens.

This is very much another post about learning to travel. When I left Basingstoke train station with David two years ago we had almost a month of hostels booked and a route planned and it was fantastic. Every couple of days we’d wake up in a new city, a new country and a whole new adventure ahead of us. Two months in we found ourselves in Varna, Bulgaria, on the Black Sea coast which, for me, turned out to be the point of no return. 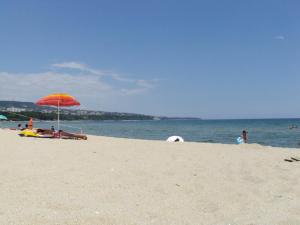 As you may know, David was sick for a large part of the time we were in Varna and I found myself feeling alone for the first time but as I’ve said before I was in fact far from it. I spent my time with a group of people who each taught me an incredible amount about myself and my plans for the future. 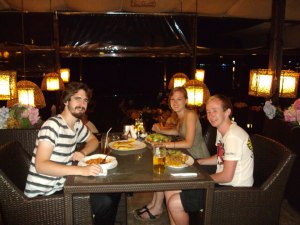 Rob has been, and as far as I can tell still is, travelling the world for some time and has had a lasting influence on me in all accounts. The most important thing I’ve taken from Rob is that you don’t need a plan. Rob left Varna and took a bus to Constanța. He tried to talk David and I into going with him, but we had a rigid plan and had to stick with it. To this day I wonder where we might have ended up if we’d jacked in the plan and took a chance on Rob. Ever since, I’ve been skeptical of having too much of a plan.

You might have heard me mention Avi a couple of times as my main man, he does not disappoint. When I first met Avi I was pretty convinced that he was crazy; straight out of the asylum. I did not picture us being friends and definitely would not have expected to find myself meditating with him in Boston a year later and maybe even two years later find myself showing him the sights of London. Avi really made me realize how poor a judge of character I am and that everyone deserves a chance and I now find myself learning from everyone.

Mae came into our little group of lads and certainly put us in our place. We’re sitting around the hostel garden trying to figure out a plan of action for the evening before figuring we’d just hit the beach bars and clubs and see where we end up. We end up outside a salsa bar and Mae tells us she loves salsa and that we have to go in. Us gents, we think, we’d better give the lady what she wants and oblige. I’d never have gone into a salsa bar without Mae, it wouldn’t have ever crossed my mind. She danced the night away and I came away thinking, never say no to a new experience again. 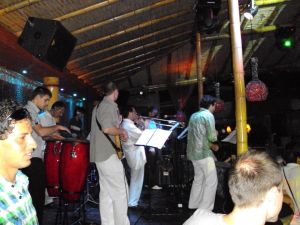 I like not having a plan, I don’t know what’s going to happen and that is equally exciting as it is terrifying. I can wake up every morning and know that I should look for a job and a place to live when I’m in Melbourne, but I can also wake up and know that every day I can experience something new.

(Edit: Thanks to a little help from Mae, we’ve got a couple of pictures!)

One response to “Part Of The Plan: There Is No Plan”