I’ve been in Melbourne on my working holiday for almost two months now and I feel it’s high time to start looking at how it compares to my previous backpacking trips. Before I came here I thought that I sort of knew my way around cities like Chicago and Sofia when in reality all I knew was my way from the hostel into the city centres. 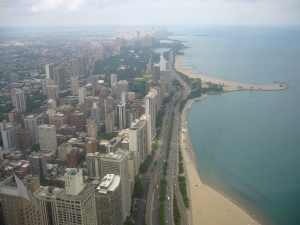 I barely know Melbourne at all, with most of my time being spent in the CBD and North Richmond and yet I can navigate my away around pretty easily and I’m using all the public transport systems. This is obviously due to the differences in the way that I’m travelling now and the way I was then.

Backpacking vs The Working Holiday

The strengths of the backpacking trips that I have undertaken so far lie in the amount of ground that I managed to cover in a short space of time. Not including flights, I travelled almost 17,000 miles taking in some of the worlds most popular city destinations, visiting some spectacular tourist attractions and enjoying some incredible experiences. These trips were also where I found my love of hostels and where they really do come into their own. I met a lot of wonderful people, some of who I’ve managed to meet up with on later trips. When you’re on the road you have a flexibility that allows you the freedom to do what you want, when you want, with who ever says “wanna go on a road trip?”

Keeping all that in mind, after about two months of powering across a continent I often found myself suffering from pretty brutal fatigue. I remember arriving in Bulgaria after two months on the road and complaining about being tired, hitting Seattle after Vancouver I’d found that I was struggling to find any enthusiasm due to a constant desire for rest. There’s also the constant concern about budgeting for the rest of the trip, worrying about whether or not you can afford to go out *again* tonight, or if you should really get a side of chips with your meal. 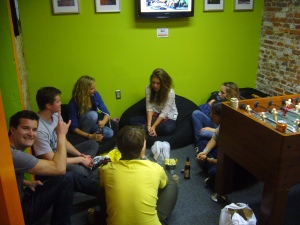 Obviously, there’s the upside of knowing you don’t have anything urgent to get up for in the morning. It doesn’t matter all that much if you get blind drunk and wake up in your hostel, covered in face paint with no idea how you got home. Unless, of course, you have to wake up to catch the first train out of the city.

The working holiday brings a whole new way of doing things to the table. There’s no hurry to see as much as possible as soon as possible, I’ve been able to take a relaxed approach to hitting up the tourist spots and major attractions. I still haven’t made it to the beach in Melbourne, sometimes I actually forget how close I live to the sea while I’m here.

I’m not constantly concerned about how much money I’m spending. I’m working, earning a weekly wage and able to budget that to cover my living costs without tapping into the money I saved for the trip in the first place. I’ve already mentioned the difficulties of living in a hostel when you’re working, it’s not quite as much fun to hang out with a bunch of drunken backpackers night after night when you constantly have to get up to go to work. The upside is that you get to go to work. Yes, I know, that sounds pretty crazy but working introduces you to a different crowd. People who are a little more permanent makes it easier to settle into the city, find your local pub and enjoy a bit of routine.

Just like backpacking, though, there are disadvantages. The freedom isn’t the same. I do have to get up and go to work during the week. I can’t just jump in a car with friends and drive for hours until we think we’ve driven far enough for the day. I need to be organized, have plans and be ready to take advantage of the weekends when they come around. However, that does mean I’m more motivated to actually see and do things in the week.

Right now I can’t say if I prefer one to the other. Each has it’s own merits and to be honest I’m really looking forward to hitting the Great Ocean Road for a longer period of time and heading up the East Coast to do some serious backpacking.