I recently discovered that not everyone thinks of Melbourne as highly as I do and now I’m torn between writing a passive-aggressive rant about first world problems or spending another 500 words telling you how wonderful I think Melbourne is…again. The question is, do I think you really want to read either of those things? Don’t worry, I took it upon myself to answer for you; probably not.

Instead I want to take a closer look at the city and to give you what I hope will be a more objective view as to why Melbourne is regularly topping the World’s Most Livable Cities lists. We already know that I’ve had, am having, and hope to continue having a positive experience in the city. So, what does Melbourne have that makes it so appealing?

Out of the cities control is the climate. The weather in Melbourne has a reputation of it’s own, locals and visitors alike will quickly inform you that you can experience all four seasons in one day. During weeks of heat in the summer, people wait for a cool change which can come in a matter of minutes. During a trip to the beach in Williamstown at the end of this year’s heat wave, the temperature dropped almost 10 degrees in the same number of minutes. I’ve witnessed plenty of rain, hail and gale force winds and a healthy dollop of sunshine.

The public transport in Melbourne is an interesting topic. Locals don’t seem to impressed with the recently introduced Myki system, which works much like the Oyster card in London. The theory is that these forms of ticketing work out cheaper for the consumer and the data should be able to inform the transport industry of where improvements are required on certain lines and during peak times. However, the implementation and operation of the system has come under plenty of scrutiny since it’s introduction and you won’t have to be on a bus, tram or train for very long before you hear somebody complaining about having to touch on. 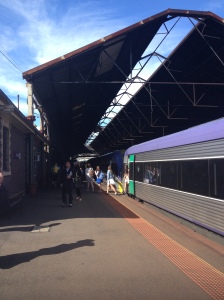 Sticking with transport, Melbourne’s real issue comes down to the age of the system. The trams are slowly being upgraded, with newer, bigger vehicles being introduced on busier lines. The trains are incredibly outdated and based on my own very limited research it looks like upgrades haven’t taken place since the 80s. There is however, a plan in place to slowly upgrade and improve the system over the next 20 years. It’s easy to understand why locals take issue with the public transport, but I think it’s worth noting how diverse and widespread the coverage is. With trams, buses and trains all covering the metropolitan area it is incredibly easy to get around without the need of a car.

In terms of it’s urban structure, Melbourne’s pretty interesting. The CBD is an eclectic mix of modern, 19th and 20th century architecture which makes for some interesting street fronts. The suburbs are pretty similar with a mix of townhouses and apartments. I don’t know how to consider the price of accommodation, but based on my own experience of looking for a place to live; the inner city can be fairly expensive with a room costing anywhere from $250 to $400 depending on the location. The outer suburbs can be considerably cheaper, with prices from $150 upwards. I personally consider this to be affordable but I guess that probably depends on your own circumstances. 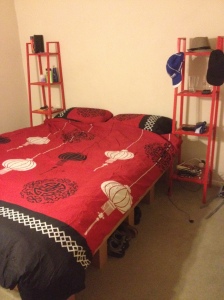 Victoria is the garden state of Australia and Melbourne is commonly referred to as the country’s garden city. I’ve made regular reference to how many gardens and parks are inside and outside the CBD, it’s difficult to walk very far without suddenly finding yourself surrounded by bird song and a variety of plant life. There are also several national parks surrounding the city so there’s no excuse not to get away for the urban sprawl. If the beach is more your scene then again you’ll find yourself without excuse as Port Phillip has decent beaches that run almost the full length of the bay and there are surf beaches on the back side of the bay. If that’s not enough for you, then the Great Ocean Road is just a few hours away.

I could talk about culture, but I’d just end up rambling on about how great the coffee is, how wonderful the lands and arcades are, how intense the sporting calendar is or how much I love brunch. All you really need is a reminder that Melbourne is the self-proclaimed Australian capital of culture and has featured in the top three of the world’s most livable cities since 2002. Sure, there are problems that need addressing and there is always room for improvement but that attention can’t have been for nothing.

It makes me wonder what people are used to, or perhaps expecting, when they conclude that Melbourne isn’t worthy of the accolade it has clearly earned. On top of the above mentioned factors; the crime-rate is low, as is unemployment and the estimated number of those living on the streets. Maybe Melbourne doesn’t appeal to you, perhaps you don’t get the same vibe, or maybe that first day you got here wasn’t as perfect as you’d hoped for but that doesn’t mean Melbourne isn’t a top city worthy of recognition.